Believe it or not, I haven't given this up... 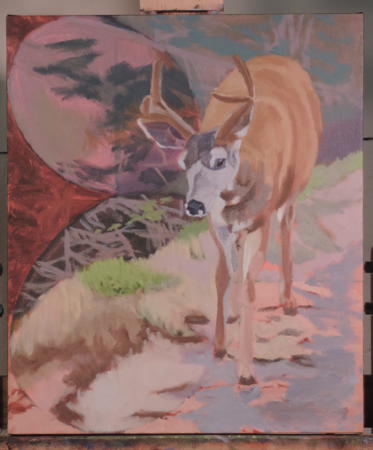 ...just yet. I figured I wouldn't be able to proceed any more with this less high-lighted cloudy scene with geometric shapes in.

So, I decided to go back to basic plain painting. If it doesn't work I would give up. But just wanted to give a last chance.
Posted by ToshiE at 9:59 PM No comments: 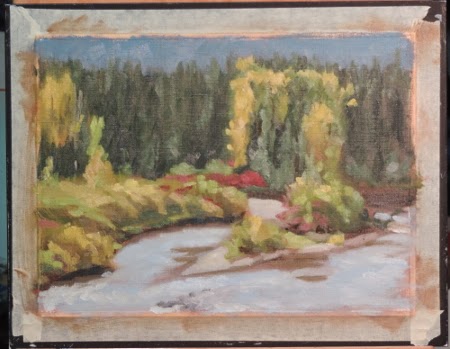 Even when I was painting, I didn't like the color of river water. I should have spent more time to get proper colors/values.
Posted by ToshiE at 8:33 PM No comments: 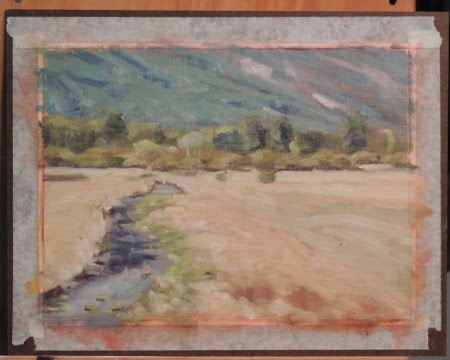 Today I woke up a little earlier and went over the mountains to paint since I thought I might have a good chance to have sunshine over there. I was only half right.
It was clouded and the sun was struggling to come out. But regardless I set up my easel when I found a creek in a swampy area leading toward the mountains.
I felt (actually they were) the backdrop mountain colors were too light. I should have made the midrange green more darker.
Posted by ToshiE at 8:25 PM No comments:

Worked on the shapes at the focal point 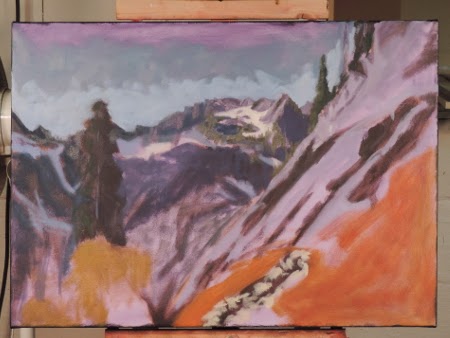 I worked on the focal point shapes in the middle of this painting so that I can work around the area gradually toward the edges. However, I'm still not satisfied what I got here. I'll work the area a little longer before move on to the surrounding areas.
Posted by ToshiE at 11:09 PM No comments: